Ethernet has established itself as a transport protocol in the office world, and has also achieved a firm place in data centers, industrial applications, and even in the home sector. It is essential for the installer and operator of networks to have extensive testing tools in order to guaranty the smooth operation of the network. Different tests are required for installations, MACs (Moves, Adds & Changes), and troubleshooting. Until now, several test devices for the passive and active level were required. Today, the term "Ethernet" refers to the physical interface, i.e. the transmission medium, such as cables and connectors; the transmission protocol, as the basis for the well-known "TCP/IP" world; and the network components.

Ethernet is establishing itself as a general communication protocol outside office and home cabling in wide areas of industry and in the automotive sector, and is becoming more and more popular as a standard. Common catchwords here are IoT (Internet of Things) and IIoE (Industrial Internet of Things). Testing includes certifying cable specs, transmission speed, and can depend on cabling configurations, mating faces, and environmental conditions. 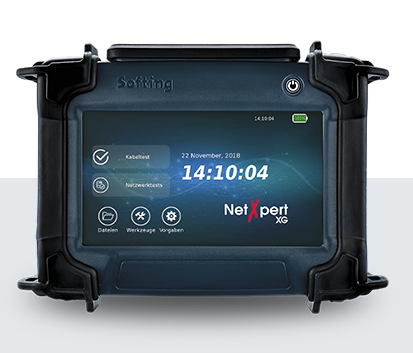